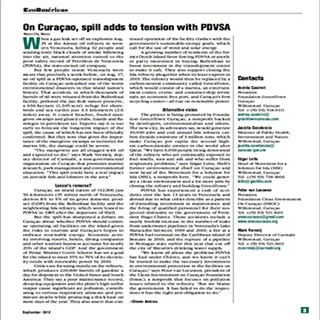 
On Curacao, spill adds to tension with PDVSA

Alternative vision
The refinery would then be replaced by a carbon-neutral community called GreenTown.
The new city would generate 10,000 jobs and end annual Isla refinery carbon dioxide emissions of 3 million tons, which make Curaçao per capita the second highest carbon-doioxide emitter in the world after Qatar.